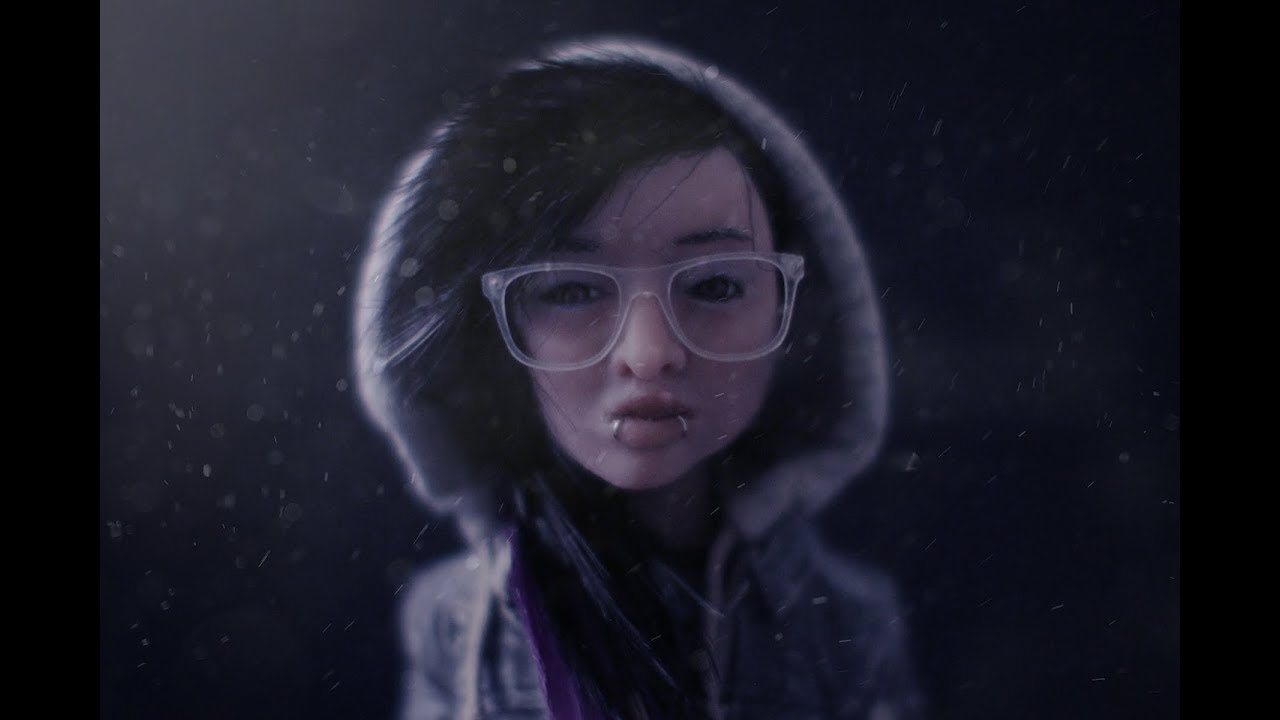 In Amanda Strong’s astonishing short film, Biidaaban sets out to harvest sap from sugar maples in urban Ontario neighbourhoods. The practice of harvesting sap to create syrup goes back to time immemorial for the Anishinaabe, people but the lands have since been covered over by urban development and occupation. Biidaabaan can see the traces of the people, creatures, land and time as they work to continue in their ancestors’ movements. Biidaaban is a young Anishinaabe gender non-binary person that can see through multiple dimensions while existing and moving in their present time and space. They are sometimes accompanied by their friend Sabe (a 10,000-year-old shape shifter who some have called a Sasquatch), Ghost Caribou, and Ghost Wolf — but only Biidaaban can see them. They act as reminders of what exists in this space and provide lessons about honesty, humility and working for the people. In this short stop-motion animated film, time will freeze and warp. We see echoes from the past, but we remain steadfast in the present. The neighbourhood acts as both a settler compound and an Indigenous space. Biidaaban must overcome their fear of getting caught while harvesting sap from the trees. Who owns these trees? Who has the right to use them? Although Biidaaban appears to be alone, they are surrounded by spirits and fused with the collective.

Find us at: http://cbc.ca/arts CBC Arts on

About: Welcome to CBC Arts, your home for the most surprising, relevant and provocative stories featuring artists from diverse communities across Canada. Our job is to fill your feed with the disruptors and innovators changing how we see the country through movement, images and sound — and to inspire you to join in too.