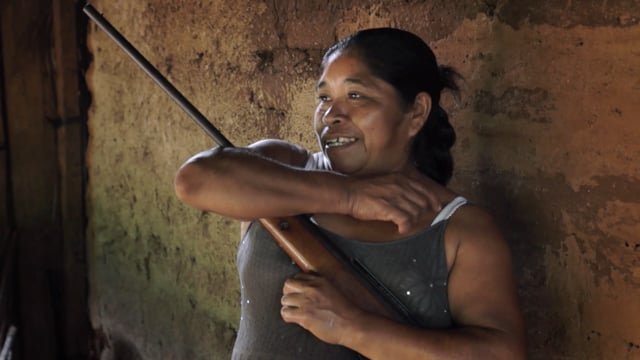 FOR SUBTITLES MAKE SURE TO ACTIVATE CLOSED CAPTIONS

In 2009, a group of Ostula’s citizens decided to reclaim some of the land that organized crime and local leaders with the help of the government had taken.  They founded the town of Xayakalan.  However, by 2011, the community experienced a steep increase in violence.  Over the next 3 years, most of the citizens were forced to leave Xayakalan because of the violence, disappearances and murders that ensued.

This all changed in 2014, when a large group of citizens returned to Xayakalan with armed self-defense groups from Michoacán.  Mexican citizens are forbidden from carry firearms, yet the Mexican Constitution grants self-defense rights to indigenous communities.  The citizens were ready to fight to guarantee their security.  Now able to defend themselves, the community reclaimed their land and began reconstruction of their village.

Recovering Paradise documents the armed resistance of the indigenous Santa Maria Ostula community and their struggle to reestablish law and order in their homeland.